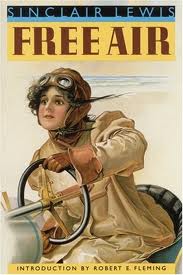 If you are usually a fan of Sinclair Lewis, I need to be up front. This is not one of his best. If you are new to the author, you may want to start with Elmer Gantry, Babbitt, or Main Street. However, if you want to give one of his earlier, more minor works a try, this one isn’t awful. I know that isn’t exactly a glowing recommendation, but compared to a lot of trash the world has to offer (I’m looking at you, Stephenie Meyer), this really is worth a go. And here’s why.

I’ve gotten into arguments with other readers that Lewis tends to be a bit heavy-handed. He wrote in the same period as other American greats like Fitzgerald, Hemingway, and Faulkner, though. If you’ve read any of those, you know that early 20th Century American literature is often plagued with heavy-handedness and “hit you over the head” morality. Let’s face it–it was all the rage back then. And it got much worse a couple of decades later (see everything written by John Steinbeck). So take that aspect of it with a grain of salt, okay?

Also keep in mind that this novel was originally written as a serial, so if it seems periodically that you are being steered over a cliff to hang there, there is a reason for that. The original format was to keep the readers coming back for the next installment. So the seams show a little. It is really not all that distracting, and makes for a fairly brisk pace and an interesting read.

Now with the negatives out of the way, I can inflate your hopes with a bit of faint praise. Though the characterizations of the main protagonist Claire Boltwood and her love interest Milt Dagget just barely rise from the two-dimensional, the two do have their moments. They seem to grow and mature as the novel progresses, which endears them to the reader.

Claire is a bit of a feminist before such portrayals of women were commonplace. She decides to break free of her privileged, high-society life and travel cross-country by car. Doing so in 1919 when the novel was written was an endeavor not much less daring than heading over the prairie in a covered wagon, but she does it anyway. She would have come off as more of a brave heroine had she not taken her father with her, but the reader grows used to that and even somewhat fond of the father-daughter relationship.

Dagget seems a bit more hackneyed in the beginning of the novel. He even veers into creepy territory as he stalks Claire cross-country, but I’m willing to admit that also may be my modern day cynicism affecting my interpretation. Many love stories involve borderline stalking behavior, so I tried to overlook that. He also redeems himself as the story progresses, proving to the reader he really does care about the heroine. And given that many of the characters are stuffy rich people, Milt as the relatable Everyman works somehow. It may be a bit obvious, but it still works.

Overall, this is a charming read. It is a female “On the Road” thirty years before Jack Kerouac. It may not have the most developed characters, but the story is engaging and fast-paced. The story may change speeds once the journey cross-country ends in Seattle, but there is new drama to be explored there.

Though I wouldn’t recommend it for those new to Sinclair Lewis, it is definitely worth checking out for anyone who is more familiar with his other, later works. Lewis is a little green here, but still shows the reader a good time.