Naples and Pompeii: Volcanic Ruins, Great Pizza, and a Lot of Julia Roberts for Some Reason

Though there is plenty in Rome to see for a tourist new to the city, it would be fairly hard to resist the pull of nearby Pompeii. I would suggest making the trip to anyone who has at least three days in the area, so long as they understand it is not something that should be rushed.This is definitely a destination to savor.

END_OF_DOCUMENT_TOKEN_TO_BE_REPLACED

Rome…As It Was Three Months Ago

Though we started out with a few days in Paris, the main destination of our February vacation was Italy. My partner, sister, brother-in-law, and I managed to pack in enough sights and experiences during that week that the very idea of writing about it became something to avoid and procrastinate later. This is why I’m referencing a February vacation in June.

END_OF_DOCUMENT_TOKEN_TO_BE_REPLACED 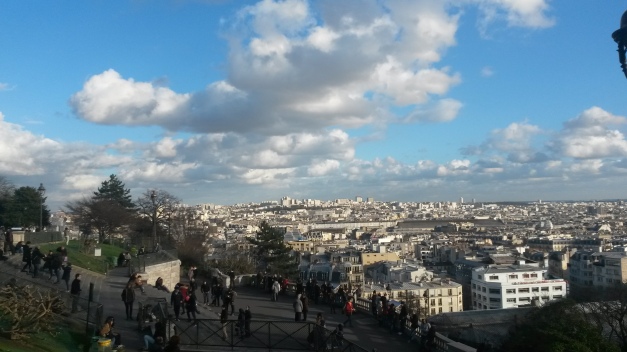 My sister and her husband visited for two weeks in February, and had chosen Paris, Rome, and Florence as their destinations. A better time couldn’t possibly have been had, but I had also chosen to take a break from this blog for a while. Thus, a two month pause. I have been considering a different approach to the way I store my memories here, and that required some reflection. I also want to be more helpful to the handful of people who may actually be reading this (as opposed to those clicking “like” on something they haven’t read in the hopes I will return the circle-jerk-like favor). So there will still be photos and a slightly sarcastic attitude, but I am paring back on the volume of shitty photos to the few I actually like. Also, succinctness is my new goal.

So. Paris. Again. But it’s never boring, I swear. There is a neverending stream of things to do in this city. Here are a few more, from our third extended trip there.

END_OF_DOCUMENT_TOKEN_TO_BE_REPLACED

I realize this may be a surprise to many, but Luxembourg City is not a major airport hub. Though an advantage of living here is that the city is centrally located within Europe, a downside is that most flights must be routed through larger airports. British Airways flies through London, Lufthansa through Frankfurt, KLM through Amsterdam, and Swiss through Zurich. I would mention that Air France flies directly to Paris, but the train provides convenient transport to the center of the city in just about two hours. Hence, factoring in security, checking baggage, the clusterfuck that is CDG (which is several miles from the city), and the fact that–on an Air France flight–you have a higher chance of ending up as fish food in the Atlantic over what could have been a very fixable error, there is little reason to discuss Air France for European travel.

Anyway, for us, most places in Europe require a stop in one of the above cities, and this was our layover coming back from Spain. It was a nice way to spend a few hours, but I’m not sure I would suggest Zurich as a priority destination for anyone visiting.

END_OF_DOCUMENT_TOKEN_TO_BE_REPLACED

For anyone staying in Madrid for at least three days, I would highly recommend a day trip out to Toledo. It is only about 30 minutes away by train, and is one of the most beautiful places I have seen in Europe so far (it is currently tied with Venice for the top spot). This is an old city, still maintains a medievel feel, and offers a perfect mix of Western and Muslim influences in its art, history, and architecture. We were also quite fortunate that–though much of our Madrid trip was plagued by rain–our day in Toledo was sunny and (comparatively) warm.

Warning to the elderly, infirm, or desperately out of shape: This city is on a hill, and there is a bit of a hike to get to it from where you are dropped at the train station. But it is so worth it.

END_OF_DOCUMENT_TOKEN_TO_BE_REPLACED

Madrid: I Get the Opportunity to Butcher Another European Language

So once upon a time in high school, I took two years of Spanish. Many of my classmates strongly suspected that our teacher (whose last name was so comical that it would sound fabricated if I were to share it) did not actually speak the language, though; we spent a lot of time listening to cassettes while she dug in her ear with the cap of her pen, so there was very little actual speaking. The ear digging was so gross and distracting that I learned very little, despite managing to get A’s. At university, I gained literacy in the language (though not fluency). Thus, upon moving to Europe and surrounding myself with French speakers (who I may have mentioned are not too open about sharing their language with anyone other than fellow native speakers), I had an immediate desire to put some of my language skills to the test.

END_OF_DOCUMENT_TOKEN_TO_BE_REPLACED

Strasbourg, France: Who wants to see some more photos of Christmas markets and a Creepy Jesus Castle? 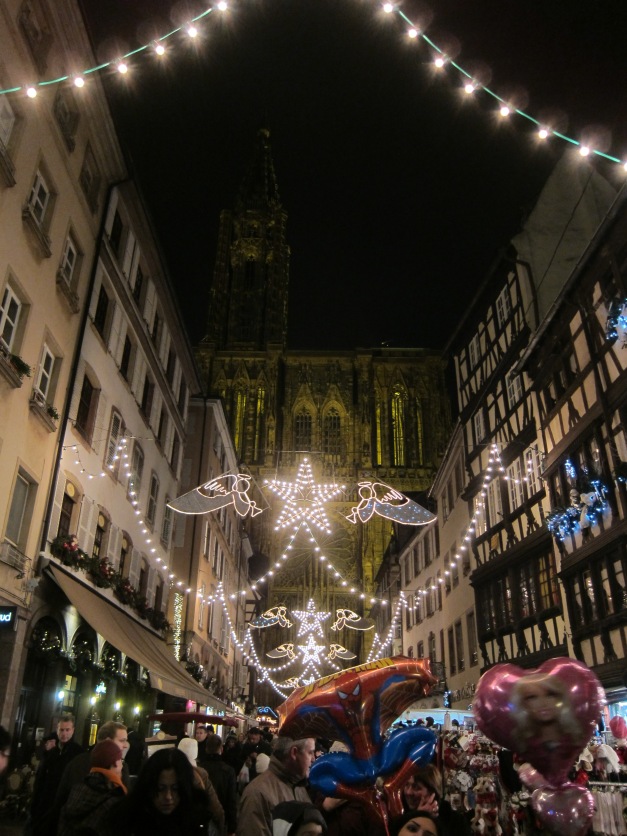 Because we had not quite OD’d on the Christmas markets surrounding us yet, we opted to see the oldest and biggest one in France. This was of course several weeks ago (the weekend before Christmas), because I tend to photograph things compulsively and then dread the moment when I need to sort them all out. Anyway. This was a nice pre-vacation before we spent Christmas in Madrid; between the two cities, my desire for these markets is now satiated.